PLANET PUDDING  Double-delay unit.
Understanding what goes on inside this tasty looking device is actually surprisingly simple.
Avery low noise pre-amplification stage boostes the input signal and sends it through a single delay stage for you to travel the stratosphere.  Stomping on the left-hand footswitch beams you through even one more delay stage and that is already deep space exploration.
The delayed signal goes back through the op-amp's second stage for further filtering and amplification and leaves through the output door when it is full of richness be it with a single delay or with both delay stages engaged.
The overall delay sound is a very warm, complimenting with a minimal touch of reverb and gives the guitar a rounder dimension.
Both mix knobs allow perfect control over the overall depth of both stages. Dial all the way counter clockwise for a totally clean signal.

Both delay stages are independent. That means you can set the speed, amount of repeats and depth for each delay stage individually.
Activating the second delay stage beams you strait out to fluid space. It is then when this device shines like no other.
It is hard to describe what this really feels like when two delays work simultaneously but are not necessarily of synchronized timing.
We can imagine that people would find it very sci-fi & cartoonish like. The double delaying guitar is extremely inspiring & hypnotizing.
It is therefore a great tool for post rockers or players who love to lay those layers...

Planet Pudding is intended for a different kind of delay lovers. It is not just another delay pedal. It can build unbelievable patterns and offers sophisticated rhythmic compositions. It allows most simple guitar playing to become unique and inspiring.

When the Mix knobs are on maximum the delayed repeat will be even louder then the first actual played note. Adjust back to unity gain by turning counter clockwise.

Enjoy surfing & bouncing on blubber! Enjoy hearing the second delay dwelling in or out of time all the way to pure random behavior.
And last but not least, enjoy the fluid and vibrant atmosphere here on this far away planet only we know exists.
Planet Pudding uses true bypass switching and takes 9V with negative ground.
Notice: some videos show the early (single mix knob) version only. 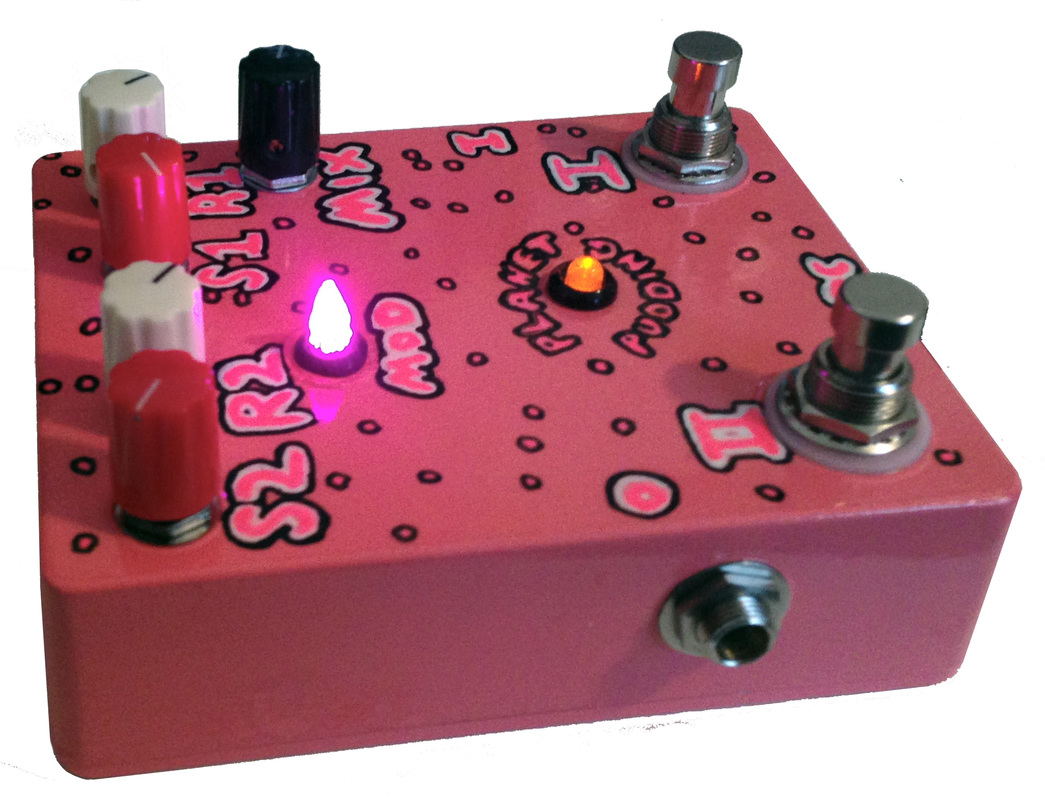